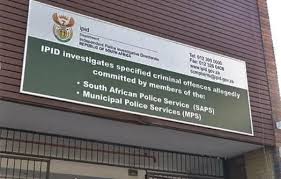 This week marks exactly one year since the Independent Police Investigation Directorate (IPID) has been without a permanent Head.

Police Minister, Bheki Cele, appointed Victor Senna as the Acting Head of IPID on 10 February 2019 and promised in July last year that a permanent Head would be appointed by September 2019.

The Minister was clearly just blowing hot air, as it has now been 7 months since his promise and IPID is still stuck with an Acting Head.

The Democratic Alliance (DA) is of the view that the current arrangement at IPID is far from ideal and a sense of stability and continuity should be restored at the Directorate.

Without strong leadership, IPID will not be able to achieve its mandate, which is to provide significant investigative breakthroughs in detecting systematic corruption and procurement irregularities in the South African Police Service (SAPS).

The lack of permanent leadership is a large contributing factor to IPID’s inability to function effectively. This is made clear by IPID’s Annual Report for 2018/19 which outlines that during the period of April 2018 – March 2019 only 23.1% of the total number of cases reported to them were completed. This very large case backlog undermines IPID’s ability to be an effective watchdog in holding our police accountable, and it hampers efforts to create an honest and professional police service.

Furthermore, allegations emerged late last year that the Directorate has for years been closing cases without proper investigation in an attempt to allegedly manipulate IPID’s performance against its targets.

Clearly, all is not well at IPID and the DA will once more agitate for the placement of a committed, independent and decisive leader for the Directorate, who will get the watchdog back to conducting its business in an ethical and transparent manner.

South Africans deserve an honest and professional police service, which in part requires the oversight and investigation of police wrongdoing to be effective.