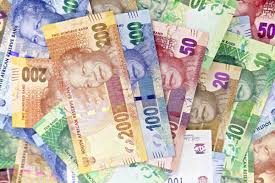 The Democratic Alliance (DA) welcomes today’s announcement from finance minister Tito Mboweni that he supports the DA’s proposal to stave off a debt crisis by cutting the public wage bill by over R160 billion.

The DA has long argued that salary freezes for millionaire managers and reducing the number of managers in the public service by a third while protecting inflation-linked increases for frontline service delivery heroes like teachers and nurses, is the only way to prevent fiscal implosion.

Taken together, the DA’s measures will save R168 billion without raising any new taxes on overburdened South Africans. It is the only way out of this crisis.

We are however deeply concerned that Mboweni made this announcement even though the government has not even started the actual work of renegotiating wages. While we welcome Mboweni’s support for our proposal, they are currently just empty words. This government is already facing a huge credibility gap as a result of its failure to implement its past promises. Mboweni’s agreement with the DA today that we need to urgently cut the wage bill is, thus far, just the latest in a long line of promises devoid of any concrete action.

We have already seen that both Cosatu and Nehawu have rejected Mboweni’s embrace of the DA’s proposal, viewing the proposed wage cuts as a “declaration of war.” While we reject the unions’ response with contempt, Mboweni’s unilateral announcement of his support for the DA plan in the absence of any preparatory groundwork does severely undermine the credibility of his undertaking.

We will soon find out whether more words devoid of action will be enough to stave off the final downgrading of South Africa’s credit rating to junk by Moody’s Investor Services.

Following Mboweni’s embrace of the DA proposal, President Cyril Ramaphosa can now no longer delay one of the central choices that will define his presidency. If he chooses South Africa, he will implement Mboweni’s planned wage bill cuts even at the cost of splitting his own governing alliance. But if he again chooses his party over the country by buckling under pressure from the unions, he will condemn our country to fiscal doom.

While the DA has serious concerns over the complete lack of action to date, we welcome minister Mboweni’s embrace of our position and will support any effort to stare down the unions and protect our country from fiscal implosion. We will also be holding Public Service and Administration Minister Senzo Mchunu’s feet to the fire to immediately take action. Mchunu must now immediately implement the R37.8 billion cut announced by Minister Mboweni for the upcoming financial year.