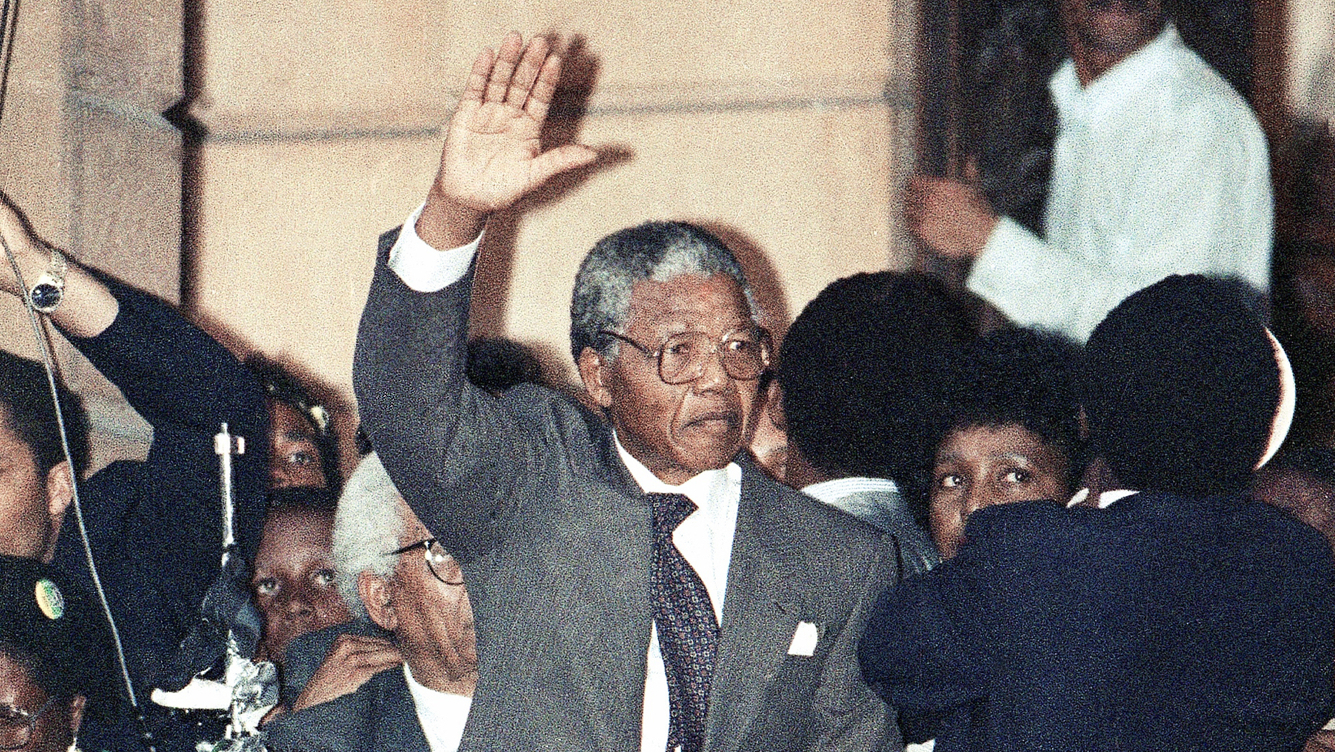 Today 30 years ago, South Africa’s “reset” button was pressed and a new era ushered in as the nation’s icon, Nelson Mandela, walked out of the Victor Verster Prison after having spent 27 years of his life behind bars as a result of the apartheid government’s unjust laws.

We honour Madiba for his bravery, commitment and love for humanity. We remember his courageous fight for a fair, just and prosperous society and his brave stance against an evil system that tore our nation apart.

In his first address on the balcony of the Cape Town City Hall, we got a glimpse of the true servant leader he was – calling for peace, freedom for all and an urgent need for the shaping of a new South Africa. He gave renewed hope, making a clarion call to South Africans from all walks of life to work together to build a new South Africa and to ensure that the dreams and aspirations of our people become a reality.

The man alongside him that day, holding his microphone as he delivered his landmark speech, was Cyril Ramaphosa. Today, 30 years later, President Ramaphosa holds the highest office in the land, and as such he holds the dreams and aspirations of millions in South Africa. There is no better time than right now for him to use this year’s State of the Nation Address on Thursday to press the “reset” button by announcing bold actions to address the country’s most pressing issues.

Like Madiba, President Cyril Ramaphosa must come out strongly against those who seek to take our country backwards, whether be it trade unions who advocate for labour laws that discourage investment and job creation, the likes of Ace Magashule who are determined to maintain the Eskom monopoly rather than diversifying the energy sector to keep the lights on, or those who seek to reverse the gains of democracy through dangerous policies like the NHI which will collapse our healthcare sector.

This week’s SONA presents an opportunity for President Ramaphosa to support the call to build a new majority in South Africa – a new alliance of those who put country before party and are bound by a common vision for South Africa. This will require courage, a clear vision and concrete action steps, and not just words and more talk.

Tomorrow morning I will deliver the Alternative State of the Nation Address, reflecting on the real state of our nation as I have seen it during my tour across the country over the past two weeks. We have to be honest and forthright about the scale of our challenges and the steps we must take to build our country into the nation Madiba would be proud of.