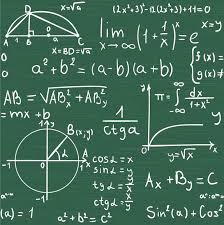 The number of high school students electing to take subjects vital to our economy such as Accounting, Mathematics and Physical Sciences is on a steady decline, and this should set alarm bells ringing for the Department of Basic Education and government at large.

Currently our job market is facing a huge shortage of engineers – which requires Maths and Science – and health professionals, also requiring Physical Sciences as a high school subject. While the Department of Basic Education has acknowledged the current trend occurring in these subjects, the declining figures over the last five years provide a clear indication that nothing significant is being done to change this.

The lack of improvement in the poor performance of critical aspects of our education system lays at the feet of the Minister of Basic Education, Angie Motshekga. Indeed, the Democratic Alliance agrees that it may just be time for the Minister to step down. This move would allow for fresh minds that will help South Africa to focus on the quality of our education which can also speak to the needs of our ailing economy.

Despite massive budgetary constraints, the quality of education in the DA-led Western Cape is on the rise, with the province number one in terms of numbers of distinctions, as well as the top 3 students of the Class of 2019 all coming from Western Cape schools. This once again shows how DA governments are committed to building a South Africa that is functional and an economy that benefits all citizens.