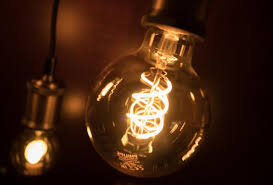 In the light of the ANC’s lekgotla where it was decided that “evidence-based decision making” will henceforth govern its approach to SOEs, the Democratic Alliance (DA) challenges the ANC to put their money where their mouth is and adopt our Cheaper Electricity Bill in Parliament.

Our Cheaper Energy Bill provides a legislative framework to lower the cost of electricity and boost the reliability of supply. It seeks to split Eskom into two entities – a generation entity and a transmission/distribution entity.

At the core of the DA’s plan is the creation of a privatised generation entity that would break Eskom’s monopoly on the production of energy enabling and ensuring that it competes on an equal footing with Independent Power Producers (IPPs).

The DA is of the view that the sustainability of the country and economy cannot continue to be held to ransom by Eskom.

The power utility has suffered through years of ANC’s corruption and maladministration, threatening to take the entire country down with it.

The DA took a considered decision to put aside political differences when we tabled our “Cheaper Electricity Bill” before Parliament’s Portfolio Committee of Public Enterprises.

For far too long, the sustainability of our country and has been held to ransom by the narrow beliefs of cohorts within the ruling party, who are intent on thwarting any attempt to create a profitable, efficient Eskom.

We reiterate our call to put our political ideology and political differences aside and do what is in the best interest of South Africa.