Finance Minister, Malusi Gigaba’s, use of section 16 of the Public Finance Management Act (PFMA) to bail out South African Airways (SAA) again, to the tune of R3 billion, could have been avoided and may have been unlawful.
The DA have therefore written to the Chair of the Standing Committee on Finance, Yunus Carrim, to request that a legal opinion on this be obtained from the Parliamentary legal advisors.
A number of instances clearly showed that SAA was in deep trouble yet again. These include:
• As early as 27 June, a 12-month cash flow analysis clearly showed that SAA would not have enough cash to pay suppliers in full in July, August and September;
• In late June, Citibank indicated that they would not agree to extend the payment of the R1,8 billion owed to it beyond the end of last month; and
• Media reports on 23 August also indicated that Gigaba and the Cabinet were fully aware then of the “unwillingness” of some lenders to “further extend funding to the airline”.
The DA believes that not only were these funding requirements foreseeable, but had in fact been foreseen at least three months beforehand and therefore, there was more than enough time available for a Parliamentary appropriation of funds.
Parliament’s legal advisors need to get to the bottom of Gigaba’s use of the PFMA to bail out SAA by raiding the public purse and we trust that the legal opinion will do just that.

On Thursaday, the City of Johannesburg Council made 12 City-owned properties available for quality low cost, low-income housing within the inner city.
This has been a critical component of the DA-led administration since taking over in August 2016.

The City has conducted an audit of some 500 bad buildings, 84 of which are confirmed as hijacked. 24 of 500 bad buildings belong to the City. All of these buildings represent opportunities for creating affordable housing.
– Executive Mayor, Herman Mashaba

Through the Inner City Housing Implementation Plan, the inner city housing market will soon work for those who need it most, with public-private partnerships crucial to this strategic approach. 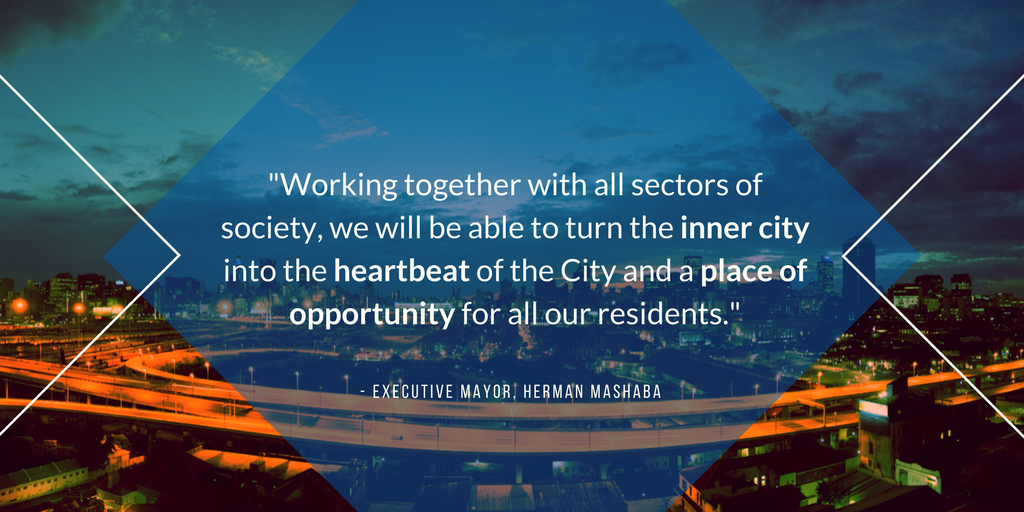 In the coming week, the City will invite private partners to submit proposals for the development of the 12 buildings. In assessing these proposals, chief amongst the City’s considerations will be:

It’s time for the Standing Committee on Finance to step up and fulfil its constitutional obligation to scrutinise the controversy surrounding the SARS “rogue unit”, which it has failed to do for years in Parliament.

SADTU Secretary-General, Mugwena Maluleke’s interview in today’s Sunday Times on whether Education should be declared an essential service was yet another clear example of why SADTU continues to be the reason our education system is in such a mess.
His sentiments were nothing more than a fudge and a poor attempt at political posturing to try and avoid taking responsibility for failures in the education sector.
Maluleke seems to live in a parallel universe where he believes his own alternative facts. His claim that the ILO does not require an essential service to be declared in education, is simply misleading.
The DA’s proposal to have education declared an essential service is guided by ILO’s determination which agrees to a reasonable limit on certain education sector employees right to strike. This is necessary as learners are the victims of education strike action, as their safety, health and education are often compromised. Sadtu fails to accept that the ILO has specifically designated certain education officials that could or should be declared an essential service in order to ensure the safety and health of learners during strike action. These officials include:
• School Principals
• Deputy Principals
• Staff providing meals to children
• Staff charged with ensuring hygienic and safe facilities (Cleaning staff)
South Africa is a signatory of the ILO and should support ILO resolutions and decision.
Maluleke goes on to dismiss as false findings made by the Volmink inquiry that SADTU’s influence has been detrimental to education. If he returns from his parallel universe, he will discover that the findings of the Volmink inquiry are now part of a SAPS investigation into bribery and corruption.
Our children’s right to education cannot continue to be sacrificed on the altar of denialists such as Maluleke. The damage that SADTU has inflicted on our education system cannot be allowed to continue.
We reiterate our call that certain essential education officials be declared an essential service (such as school principals) as a critical first step towards safeguarding our children at school.

The fact that the allegations against the Chief Executive Officer of the Public Investment Corporation, Dr Dan Majila, have been found to be baseless and that he has been cleared of any wrongdoing is welcome, but it should be the beginning, not the end, of this matter.
A person using what appears to be a pseudonym, “James Nogu”, and using what appears to be a fake e-mail address, “corruptionstop@webmail.co.za”, is believed to have circulated an e-mail, with the subject line “PIC CEO FUNDS GIRLFRIEND”, claiming to have “uncovered a corrupt relationship between Dr Dan Majila and his girlfriend Miss Pretty Louw”.
This was not the first, and is unlikely to be the last, smear campaign by people who are desperate to get their hands on the R1.87 trillion managed by the Public Investment Corporation.
I will, therefore, be writing to the Deputy-Minster of Finance, Sifiso Buthelezi, who is the Chairperson of the Public Investment Corporation, requesting him to launch a full-blown investigation to determine:
• who was behind the smear campaign;
• whether the person, or persons, behind the smear campaign can be charged with a criminal offence; and
• whether there would be grounds to lodge a civil claim for damages against the person, or persons, behind the smear campaign.
We have to ensure the integrity of the Public Investment Corporation is protected and that it does not become an “ATM” for the politically connected in South Africa.

The DA will write to the Public Protector, asking her to investigate the Minister of Transport, Joe Maswanganyi, for willfully misleading Parliament about meeting with the PRASA Board when he was appointed to the portfolio.
In a reply to a Parliamentary question, Minister Maswanganyi claimed to have met with all entities’ Boards and CEOs, including PRASA. This directly contradicts statements made by the previous chairperson Popo Molefe, who stated the Minister “refused” to meet with the board since his appointment as Minister.
Not only has the Minister failed to meet with the previous board, and lie about it – he has failed to appoint a new board. It is now 2 months since the previous Board’s term ended.
The failure to appoint a Board has resulted in PRASA failing to table its annual reports as there is uncertainty as to whether the acting CEO can be considered the Accounting Authority in terms of the PFMA. In a letter sent to Parliament, the Minister claims that “PRASA aims to submit these documents for tabling in Parliament by 31 October 2017”.
This clear admission on the absence of an accounting authority, brings into question all other contracts such as the R57bn loan agreement it entered into with the Export and Import Bank of China to finance the development of the Moloto Rail Development Corridor.
The Minister must be held accountable for his continued failure to address the disaster that is Prasa.
We wrote to the Minister on the 21st of September asking him to appoint a new board within ten days as PRASA has been without a Board since the previous board’s term ended 31st July 2017.
The 10-day notice has expired with no response from the Minister’s Office. His failure to appoint a new PRASA board has crippled PRASA’s ability to table its annual report and to function as per its mandate.
The Minister’s inaction has aided and abated the chaotic situation at PRASA and allowed state capture functionaries free reign. With no accounting authority to allow prudent financial management, corrupt individuals have been allowed to raid the public purse and enrich themselves at the expense of the poor.
We call on the Public Protector to take urgent steps to hold the Minister accountable and ensure that sanity is restored at PRASA.